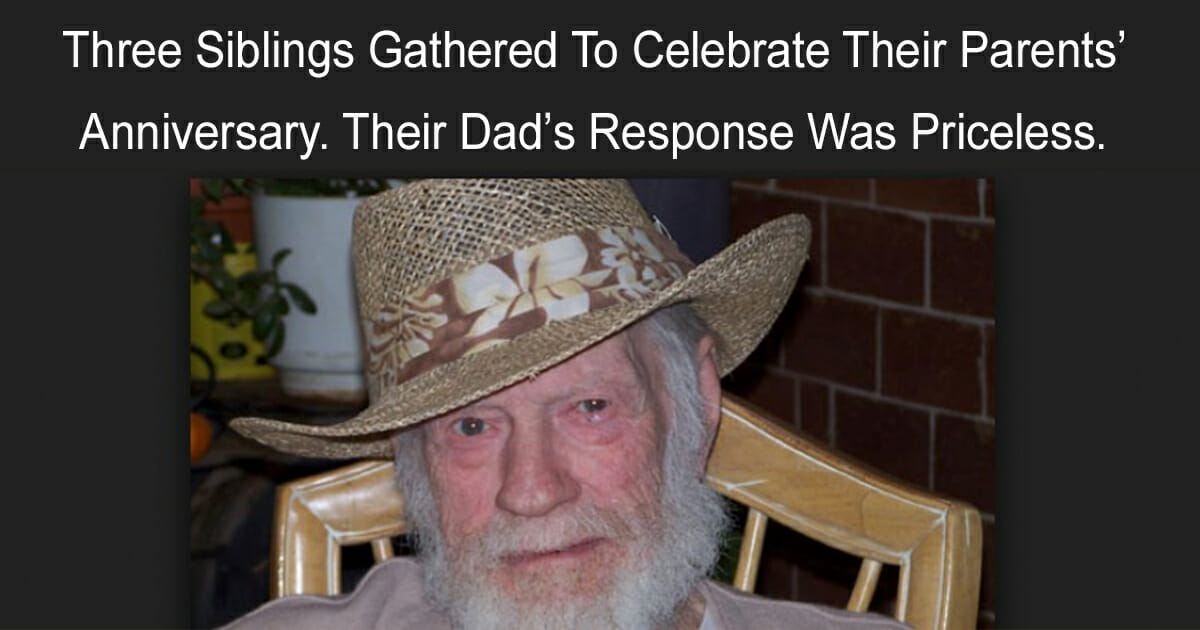 A couple was about to celebrate 50 years together.

Their three kids, all very successful and wealthy, agreed to a Sunday dinner in honor of their parents. As usual, they were all late and had varied excuses.

“Happy anniversary, Mom and Dad,” gushed son number one. “Sorry, I’m running late… I just didn’t have the time to get you a present.”

“No worries,” said Dad. “The important thing is that we’re all together.”

Son number two arrived and announced, “Just flew in from L.A. and didn’t have time to get you anything… I’m sorry.”

“It’s nothing,” said the father, “just glad you could be here today.”

The daughter arrived. “Happy anniversary! I’m sorry, but I’ve been out of town and didn’t bring a present.”

Again the father said, “I really don’t care, at least the five of us are together today.”

Later, during dinner, the father put down his fork, looked up and said, “Listen, you three, there’s something your mother and I need to tell you. We came to this country penniless and desperate. Despite this, we were able to raise you and send you to college. But we never got around to getting married.”

The three kids gasped and said, in unison, “You mean we’re BASTARDS?”

Chuckled? Share this joke with your friends using the buttons below.