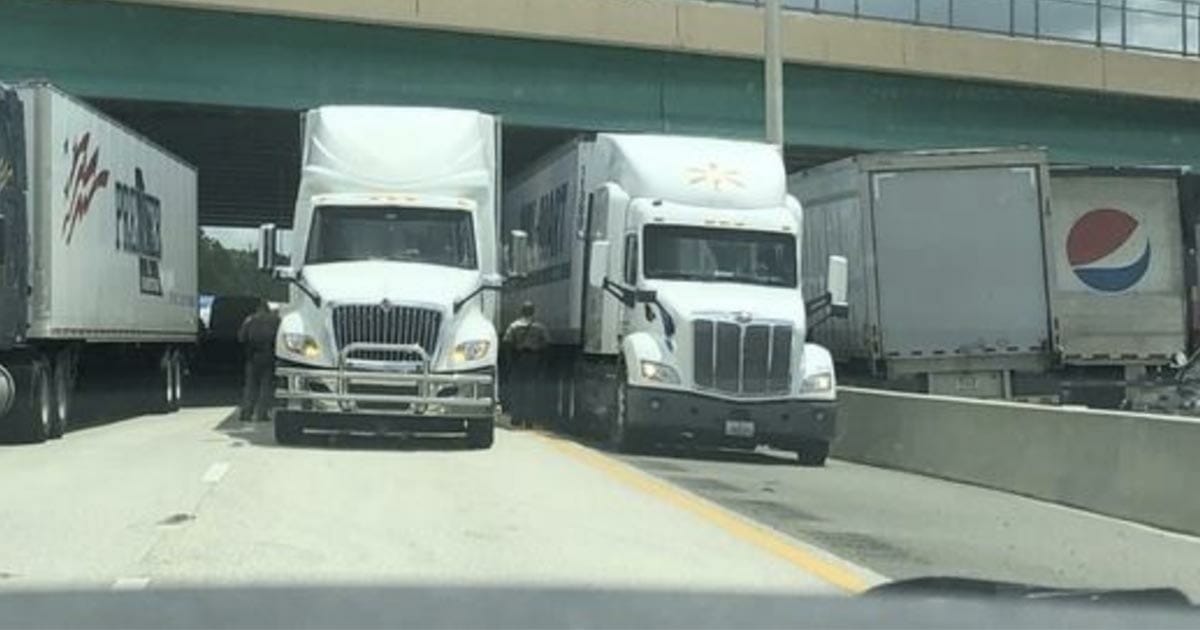 When out driving, it’s important to always be aware of your surroundings. Because of just that, a dozen of truck drivers in Florida managed to save a person’s life.

From a nearby bridge, a person had prepared to commit suicide by jumping onto the highway. But the truck drivers did something that would prevent him from jumping. Something that no one expected.

On August 28, the Orlando Police got a call about a man standing on a bridge at the overpass on the Florida Turnpike. The man was standing on top of the rail, prepared to jump down onto the highway committing suicide.

Several people were standing on the bridge, trying to talk the person into not jumping. The police arrived at the scene just minutes later, trying to help the suicidal person. However, there were other heroes in the form of truckers that would come to the rescue.

Several truck drivers somehow got alerted about the situation while driving on the highway. But instead of just continuing their trip, not minding the person they didn’t know personally, they decided to act quickly.

The truck drivers placed themselves next to each other, on both sides of the highway, preventing the man from being able to jump all the way down onto the ground.

If he would jump, he would only land about six feet down onto the roof of the trucks. The drivers wouldn’t leave the scene, and at 3:00 p.m in the afternoon, the man finally climbed down from the rail and was brought to safety.

A person posted a photo of the trucks on social media, where it spred fast. A lot of people decided to comment and praise the truck drivers as heroes.

“If that doesn’t say ‘your life is valuable,’ I don’t know what does,” one Facebook user commented. “Great job to all the truckers for caring and keeping America going!!!”

The Orland Police Departement also praised the truck drivers for their involvement of securing the persons life. Hopefully, this man will get the treatment he needs and get right back on track with his life.

Orlando, Fla. — A portion of the Florida Turnpike near Kirkman Road was closed on Tuesday due to a man attempting to…